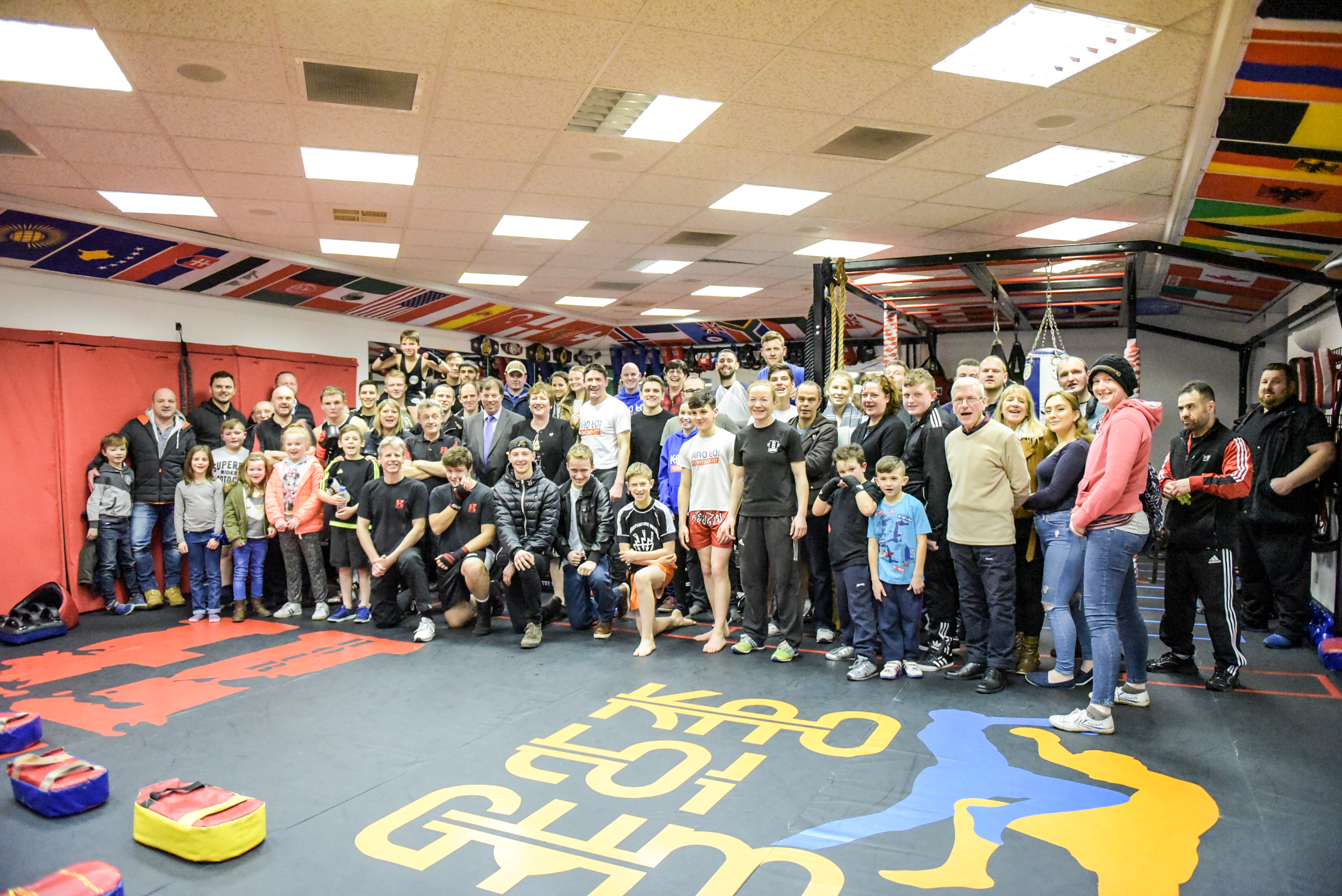 Harrogate’s Deputy Mayor Christine Ryder officially opened the new H Hour Boxing and Kao Loi Gym at 154A Skipton Road to rapturous applause from the 60 plus guests in attendance. The highlight of the evening was a ceremonial ringing of the H Hour ring bell signalling the first rounds at their new venue.

On arrival the Deputy Mayor and husband Chris, were greeted by the Head Coaches Pierre and Rob. They were both immediately impressed with the facility and were exceptionally interested in the buildings journey from Jehovah’s Witness meeting Hall to Combat Sports venue. They were also interested to see the work done at the gym demonstrated by members of both clubs and some of the volunteer coaches. “We loved the demos” said the Deputy Mayor and then added “I think the most special thing was the great effort, support and commitment from you guys who give everything for the young people to progress.”

Rob said “This was a special evening and one which would not have been possible without the invaluable help we have had during the build process from our members. We also have been lucky to have such supportive sponsors at Geezers Boxing, Kitchen Warehouse, Resurrection Security, Recruit 4 Vets, Beaucare, and Futurebuilds. Many thanks to you all!”