Your development and enjoyment of the process is all of our teams primary concern, and we are well known for our genuine desire to support you towards achieving your goals.

Good coaching is built on knowledge and we aim to learn every day!
CPD is a must for our team and Head Coach Pierre organises a number of courses each year for our guys to attend.

Our gym space is always evolving so we have all bases covered when it comes to enjoying your training. 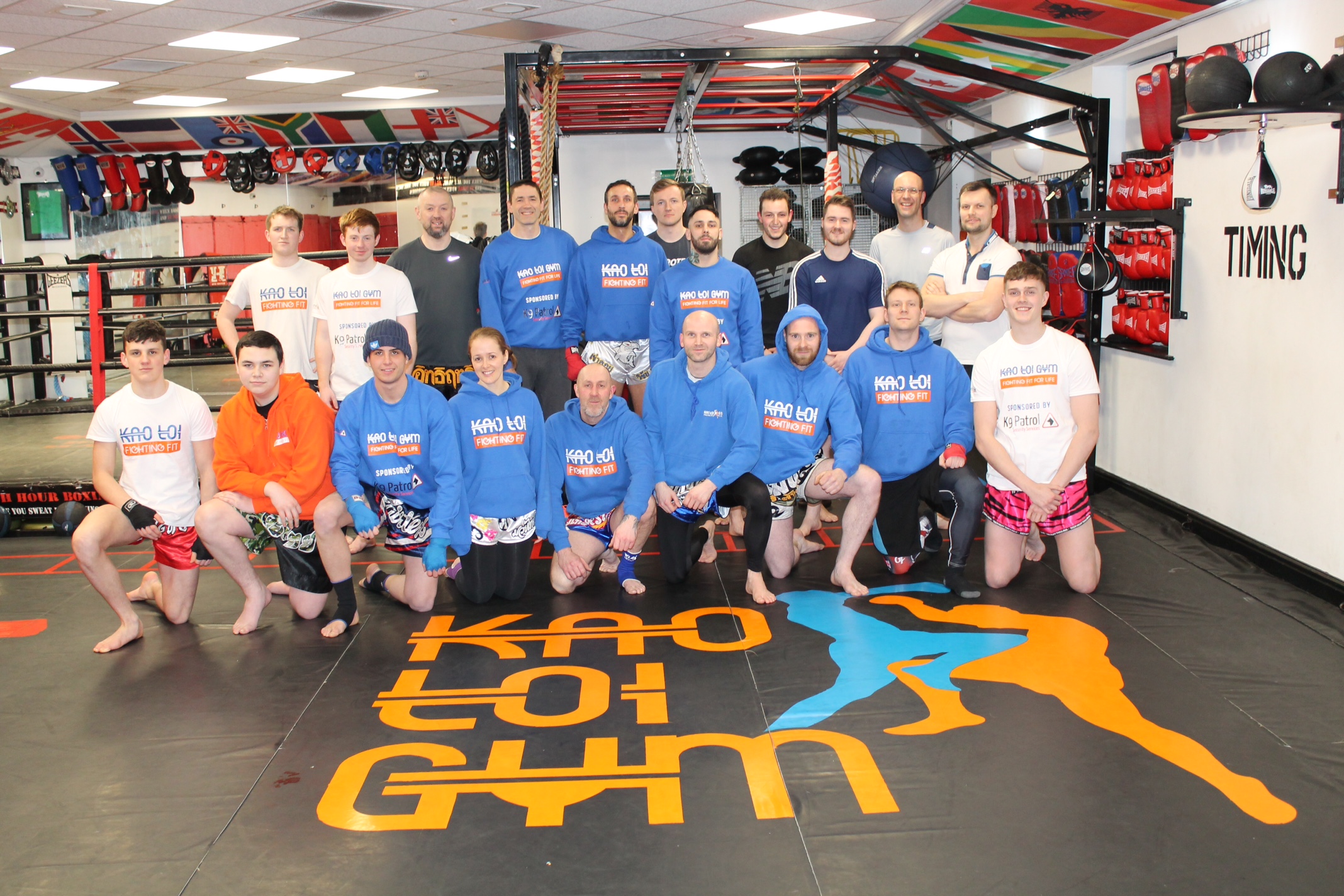 We guarantee you'll enjoy the experience!

Before starting to train in Martial Arts, Head Coach Pierre was working as a Ski Coach at Harrogate Ski Centre. He also worked for the Yorkshire and Humberside Ski Team as well as a number of resorts abroad. He worked with many alpine athletes as well as recreational skiers. He eventually becomes Head Coach at Ravens Ski Club at Silksworth producing a number of top class coaches and athletes including 2004 British Championship winner Adam Lee (who pipped present day World Cup star David Ryding!). As a ski racer he represented England and was in the YHSF dual slalom team with Martin Bell, Graeme Bell, and Keith Blackburn winning the English Championship four times. The feature video shows Pierre racing first at the All England at Silksworth.

After starting Thai-Kickboxing at the age of 24 he gained his black belt in 1997, and also begins delivering Kao Loi sessions in Harrogate, Wakefield, and York.

He then finishes his Diploma in Exercise and Fitness and additionally works at the Barbican as a fitness instructor and personal trainer.

In 2001 Kao Loi's Thai Boxing team has 3 athletes representing their country at the World Amateur Championships in Thailand. This was repeated in 2003 and 2013 with our athletes earning 4 silver medals, and Pierre achieving his highest World Ranking of 3rd. The feature video shows Pierre competing at the World Championships in Bangkok in 2001 vs Scotland and then Russia.
As well as this amateur success our team have earned a number of English, British, and European Professional Championship titles.

After completing a Diploma in Exercise and Fitness, Diploma in Nutrition, and Diploma in Sports Psychology Pierre was well placed to prepare programmes for all the athletes to prepare them technically, tactically, physically, and psychologically for their respective challenges.

After a number of years based at Hornbeam Park, where the Thai Boxing team had unprecedented success, Pierre forms a partnership with Rob Smith of H Hour Boxing and they open their first facility together at The Warehouse on Harcourt Road. The venue proves to be a fantastic success with demand for personal training, fitness classes, and combat sports coaching growing month on month.
At this point Pierre, as well as working with his personal training clients and the Thai Boxing team, he has been working and training with MMA athletes and coaches increasing his knowledge exponentially.
The team of groundwork coaches expands at this point to include Mike Cummings, Stephen Sanders, and Craig Skelton.

Kao Loi members nominate Pierre for the Stray FM Sporting Hero awards. The attached video was made and a party of four attended the award ceremony not yet knowing the outcome. Pierre was ecstatic to win the award and it was truly his proudest moment!

Kao Loi and H Hour move to bigger premises on Skipton Road to cope with the extra demand. The venue is an immediate success and they are currently planning their official opening ceremony with stars from boxing, muay thai, and MMA in attendance as well as Harrogate's mayor and officials from North Yorkshire Sport.
Please look out for the video of the opening ceremony which will be our next addition to our ongoing history!

Kao Loi and H Hour celebrate their official opening with the Deputy Mayor of Harrogate Christine Ryder and her husband Chris, along with 60 guests.

The Deputy Mayor said ``We loved the demos. I think the most special thing was the great effort, support and commitment from you guys who give everything for the young people to progress.``

Head coaches Pierre and Rob were delighted that the Deputy Mayor could conduct the opening ceremony and that she was so impressed with the sessions they run.

Please have a look at the short video of the evening made by one of our members and talented film maker Bram Fieldsend. 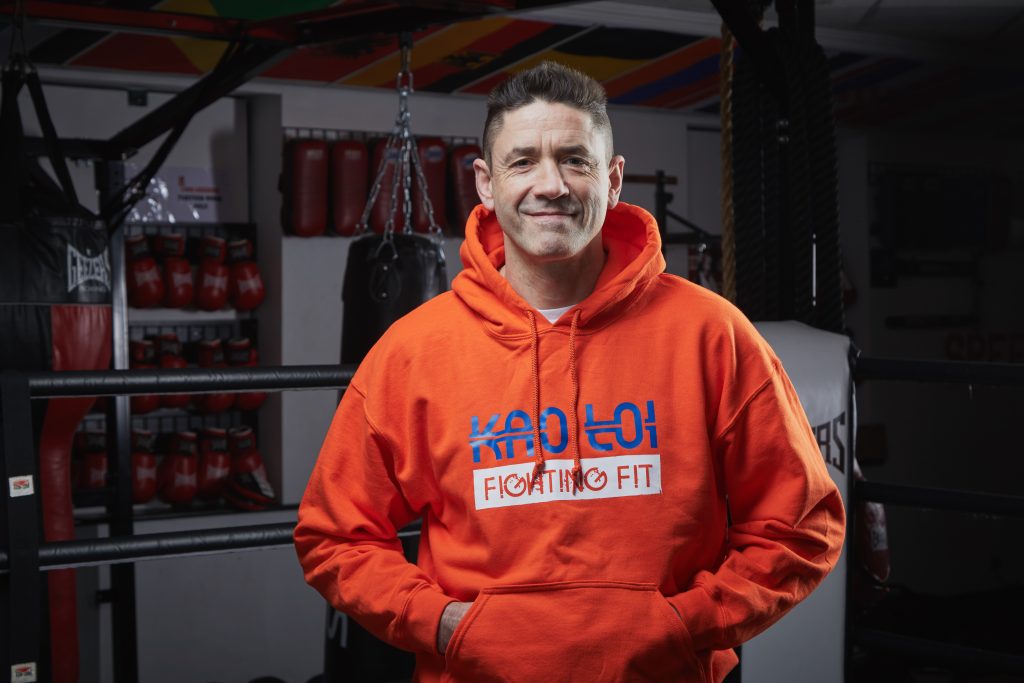 Pierre has worked as a professional sports coach all his working life, and is one of the highest qualified in the country. He has worked with international athletes in combat sports and skiing, but equally enjoys the work he does with non-sports focused individuals who train towards their own goals. These include adults who just want to have fun whilst getting fit, parents who worry about their children being bullied at school, people who want to lose weight and develop healthy lifestyles, and victims of domestic violence who want to take control of their lives again.

He holds a Diploma in Exercise and Fitness (Personal Trainer), a Diploma in Sports Psychology, and has attended a number of High Performance Workshops run by Sportscoach UK. These include Sports Conditioning (Donald Chu), Effective Communication (David Whittaker OBE), Long Term Athlete Programming (Istvan Balyi), and their Safeguarding and Protecting Children workshop. He has also been a level 4 Coach Tutor with Snowsport England, and holds a UKCC Certificate in Tutoring.

His martial arts qualifications include Ajarn 14th Khan Master level, Black Belt Kickboxing, Knife and Edged Weapons Awareness Senior Instructor (KEWAP), and BTEC level 3 Self Defence Instructor. He is qualified and insured through the English Muay Thai Federation, and is registered with the Kru Muay Thai Association in Thailand.